A smaller but powerful set of shaders commonly used in 3rd party assets.

Over 100+ highly optimized shaders covering all your project needs in one package.
From standard to highly optimized to AAA bicubic sampling, this package has it all.
ADVANCED OPTIMIZATION
● Built with (ASE) Amplify Shader Editor, ASE editor is not required to use DE Environment shaders,
● A large set of pre compiled examples are fully included pre optimized for the most commonly used configurations needed in your game production,
● Texture packing for single packed texture mapping ambient occlusion, smoothness, metallic,
● Advance sampling and reuse of core sampler states for best performance,
● Vertex baked ambient occlusion & translucency mapping fully supported.
MODULAR SHADER CONSTRUCTION
● A powerful set of shaders built using module construction with Amplify Shader Editor (ASE) function nodes.
● Modules can be added to any of the core shaders in countless configurations giving you what your project needs when you need it.

DE Environment is made out of two different shader packages called “DE Shaders” and “DEC Shaders”.
DE Shaders are the most advance largest set and DEC is a smaller set commonly used to support to 3rd party asset developers.
DE Shaders

We work to bring the latest unity versions available following Unity’s new package life-cycle for official pre-release into official release when possible & subject to technical progress within Unity. SRP API levels from “pre-release” may be archived when Unity’s “official release” is present.

DE Environment is fully compatible with many 3rd party assets.
The follow Assets are tested with DE Environment and are highly recommend.

Amplify Shader Editor (ASE) is a node-based shader creation tool inspired by industry leading software. An open and tightly integrated solution, it provides a familiar and consistent development environment that seamlessly blends with Unity’s UI conventions and Shader use.

Create immersive experiences with these custom vegetation packs that were created from scratch by collecting references, textures and sounds from real landscapes.

Nature Renderer improves the quality of your vegetation rendering by replacing Unity’s default terrain details system. Everything works with your existing data: use the same grass, vegetation and trees, keeping your existing terrains. We just level-up your renderer.

Vegetation Studio is a vegetation placement and rendering system designed to replace the standard tree and detail system in the Unity terrain component. Vegetation is spawned on the terrain based on a flexible set of rules, controlled with both texture and polygon masks.

The Vegetation Engine is a set of highly optimized vegetation shaders and tools designed to unify any vegetation asset from the Unity Asset Store, Megascans, Speedtree, Tree Creator, and more, or custom vegetation made by your team.

Sinespace is the perfect virtual playground for you to hang out in! Customise any avatar, make a human, monster or animal with a unique look. Grab a bunch of friends to play games with, explore all the beautiful regions or just relax in your home. Get your VR gear on and immerse yourself completely in worlds built by players like you. Whatever you like to do, you can do it in Sinespace.

Polybrush enables you to blend textures and colors, sculpt meshes, and scatter objects directly in the Unity Editor

Changes to DE Environment package will be documented in release notes.
See below complete history all notable changes:

FEATURED PRODUCTS MADE WITH DE ENVIRONMENT 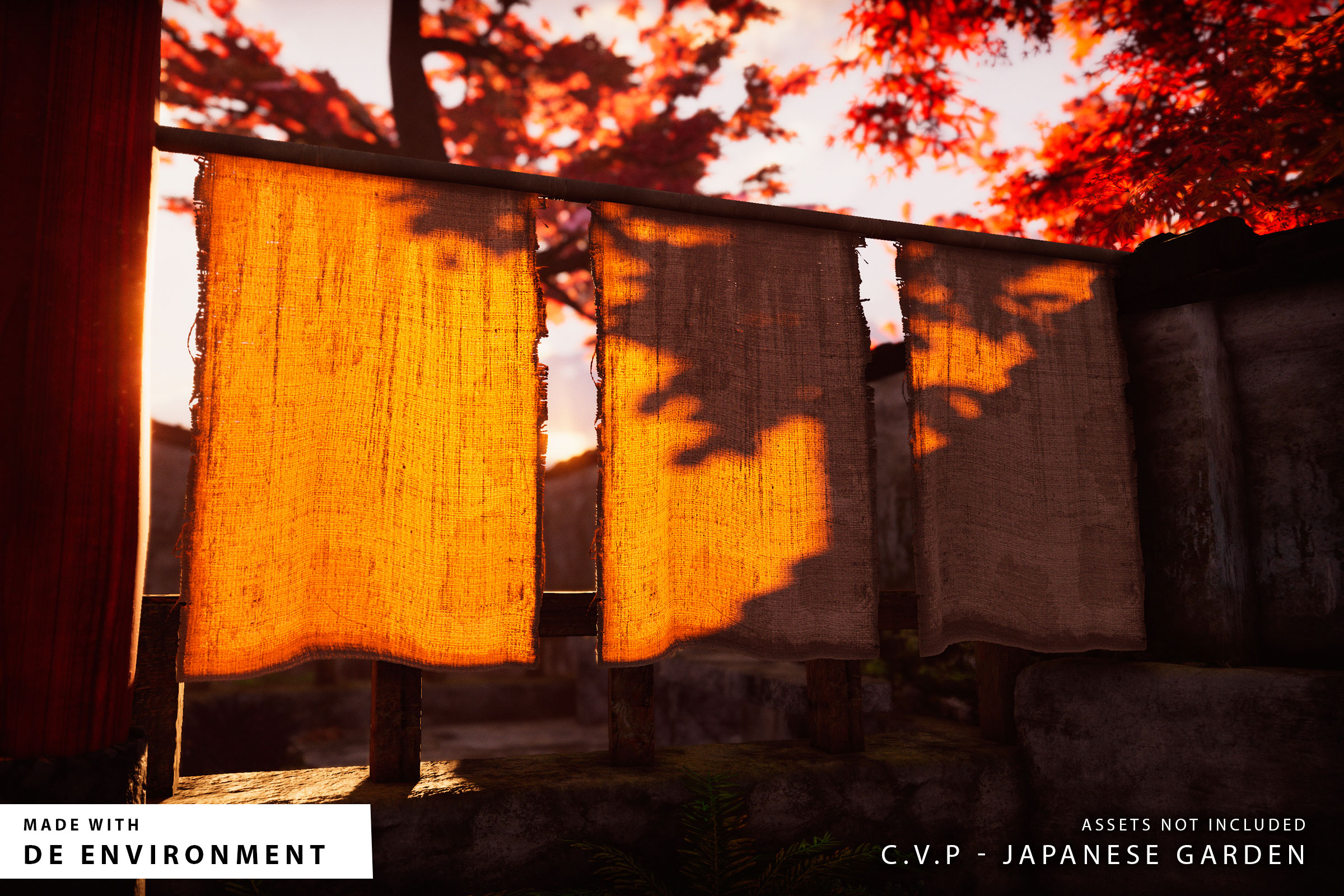 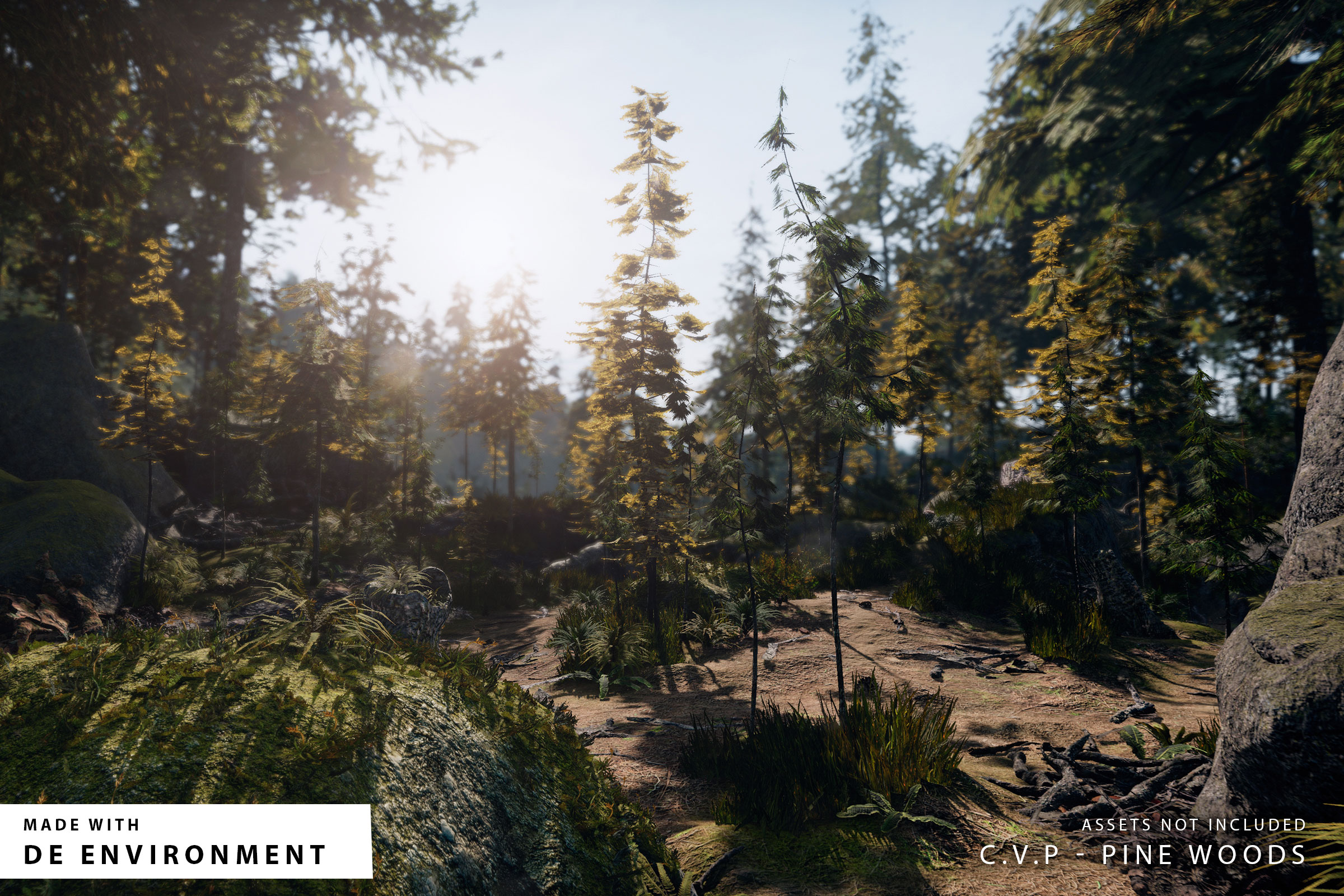 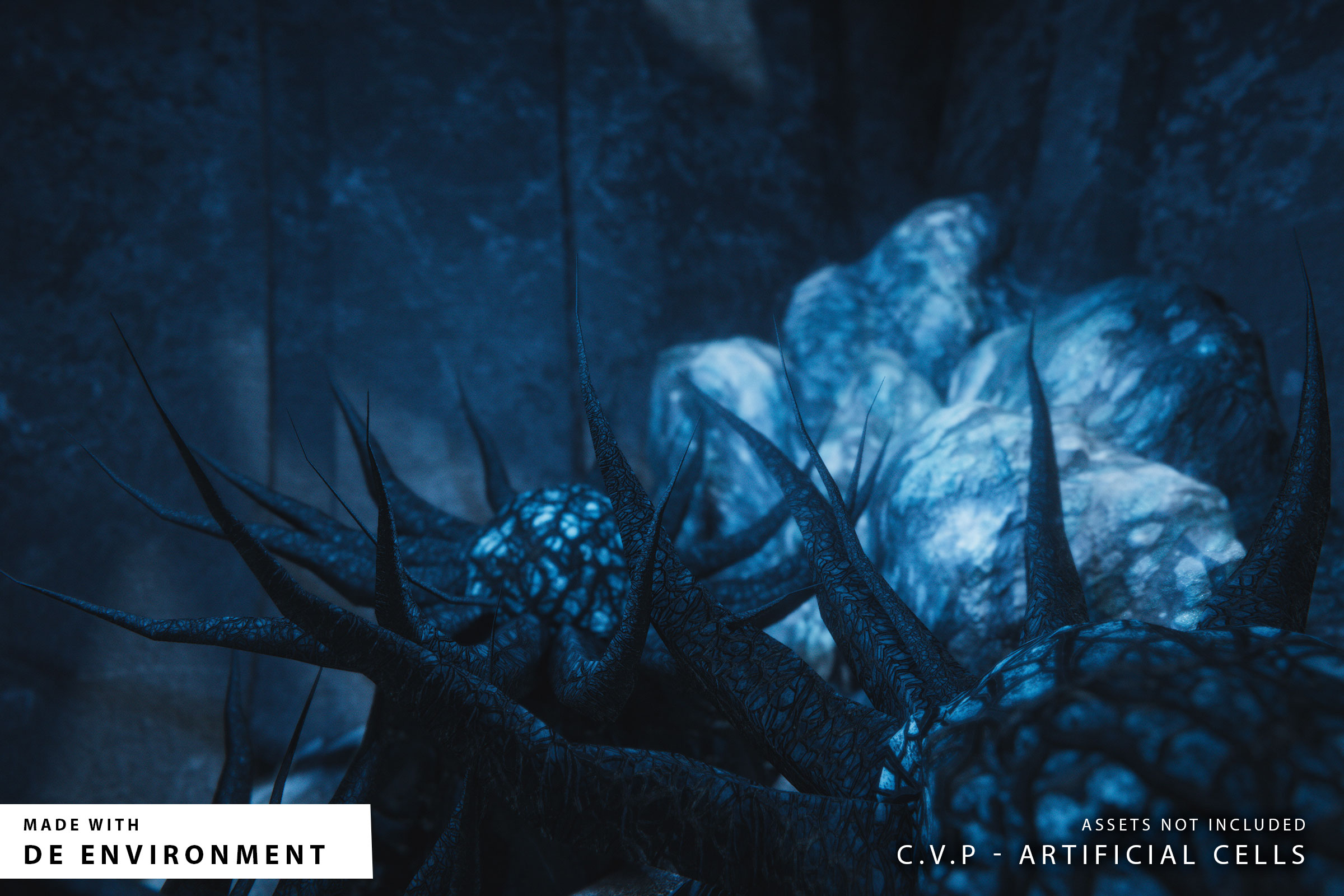 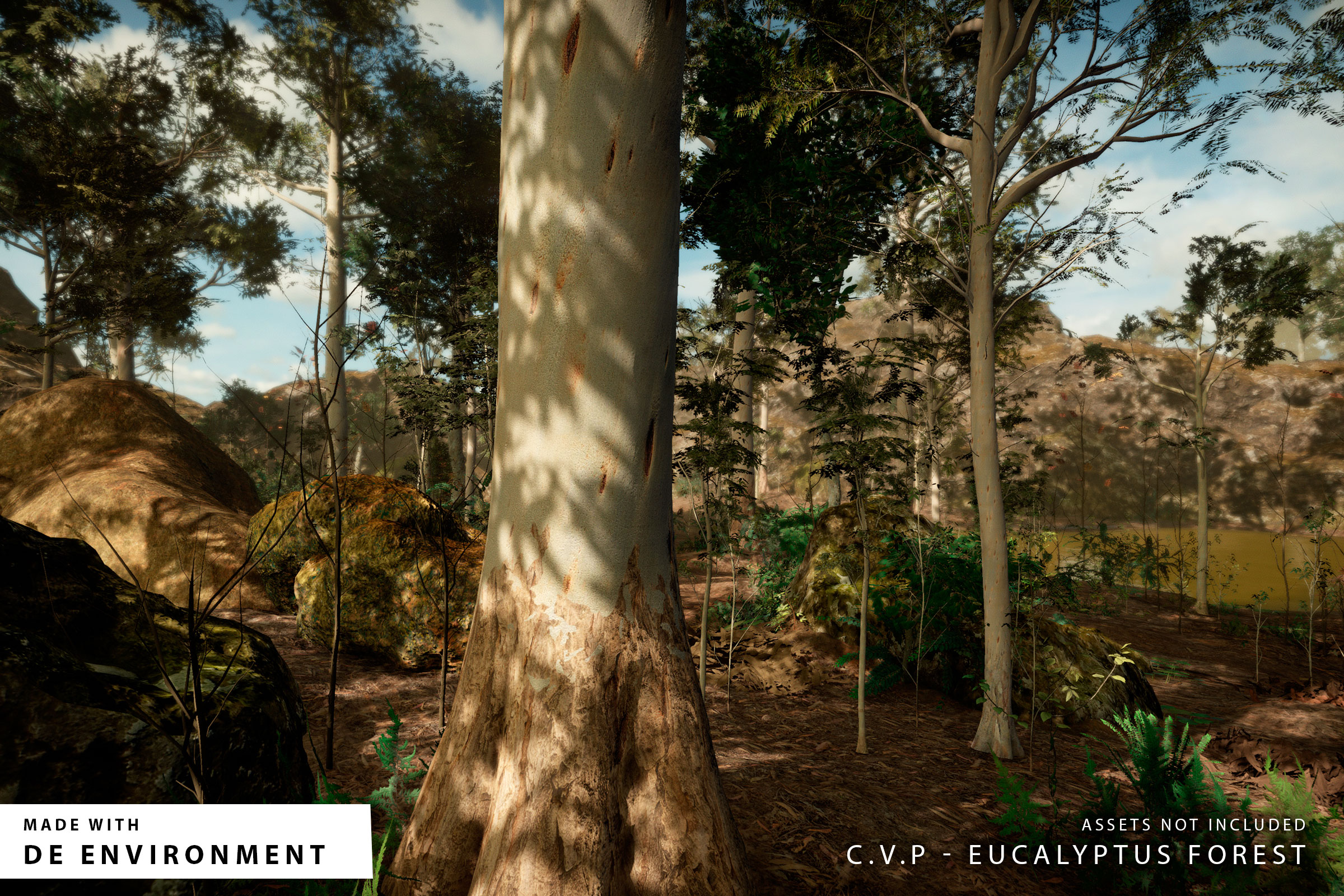 Custom Vegetation Pack
DE Environment
Powerful shader solutions for Unity.
PURCHASE NOW IN UNITY ASSET STORE
Users Reviews
Like everyone has said this is a great set of shaders and has every shader you could ever need and if one is missing you want just join the DE discord and the DE team will probably add it for you and also help you with any other problem you may have.- Xulain, SineSpace Developer
It is shader and not a toon shader but all of nature greens looks superb real. Fully customisable shader with so many function to play around. Wind system are nice too.- Tony Lewis, VR Developer
Huge collection of shaders and Amplify Shader Editor building blocks. You can customize every aspect of the shading at a macro level using the built-in functions or go in-depth for even more control. It contains all the shaders you need at a really good price!- BOXOPHOBIC, Unity Asset Store Publisher
Great collection of shaders and dedicated support! I got it to improve mtree trees shaders and was surprised with the amount of shaders it has, from tessellation surface shaders to cloth ones. Support on discord is top notch.- Kohwalter, Indie Game Designer

By purchasing any of our packages you will be able to enjoy future updates completely free of charge.

Get lifetime access to the assets you buy through the Package Manager within Unity or directly from the Unity Asset Store.

Choose between Single or Multi Entity licenses types for each of our products, find the one that best fits your projects requirements.